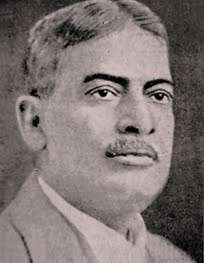 Upendranath was a famous Indian scientist and a leading medical practitioner of his time. He was a remarkable personality. He worked from 1915 on a cure of Kala-azar, a dreaded killer in Bengal and Assam. The traditional treatment by antimony (stibium in Latin) was long, tedious and painful, and therefore impracticable. In 1920, Brahmachari discovered and organic compound of antimony, which he called Urea Stibamine. It had no painful effects and determined an effective substitute for the other antimony containing compounds in the treatment of Kala-azar (Visceral Leishmaniasis ), which is caused by a protozoon, leishmania donovani. It was used on an experimental basis in Assam in 1923 and on a mass scale from 1928. By 1933, about 3.25 lakh lives had been saved in Assam alone. The medicine has also been used successfully in Greece, France and China; but contary to popular belief, it was never patented.

His discovery on Kala-azar led to the saving of millions of lives in India, particularly in the erstwhile province of Assam, where several villages were completely depopulated by the devastating disease. The achievement of Dr. Brahmachari was a milestone in successful application of science in medical treatment in the years before arrival of antibiotics, when there were few specific drugs, except quinine for malaria, iron for anemia, digitalis for heart diseases and arsenic for syphilis. All other ailments were treated symptomatically by palliative methods. Urea Stibamine was thus a significant addition to the arsenal of specific medicines.

Upendranath Brahmachari was born on December 19, 1873 in Jamalpur, District Monghyr of Bihar. The title Brahmachari has a little history. A person who lives a life of celibacy is called Brahmachari. His father Nilmony Brahmachari was a physician in East Indian Railways. His mother’s name was Saurabh Sundari Devi.

Upendranath completed his early education from Eastern Railways Boys High School, Jamalpur. In 1893, he passed B.A. Degree from Hooghly Mohsin College with Honours in Mathematics and Chemistry. In those days, it was possible for a student to appear in two honours subjects. Brahamachari stood first in order of merit in Mathematics in his B.A. examination and awarded the Thwyates Medal. Though, Brahmachari had had keen interest in Mathematics and shown great proficiency in the subject, he decided to join the Calcutta Medical College and the Presidency College at Calcutta for studying Medicine and Chemistry respectively. He passed his Masters degree with first class in Chemistry for the Presidency College, Calcutta in 1984. Sir Alexander Pedler and Acharya Prafulla Chandra Roy taught him chemistry. Brahmachari was greatly influenced by Acharya Ray. Brahmachari also pursued his medical career with equal diligence. He obtained his L.M.S. degree in 1899 and in the next year, he took the MB degree. In MB Examination of 1900 of the University of Calcutta, he stood first in Medicine and in Surgery for which he received Goodeve and Macleod awards. In 1902, he obtained the M.D. degree of the Calcutta University. In those days, it was a rare distinction. He also obtained PhD degree of the Calcutta University for his researches in physiology. His thesis was titled studies in Haemolysis, a work which even today is considered an important piece of work on Physiological and physiochemical properties of the Red Blood Cells. He married Nani Bala devi.

After a firm grounding in Mathematics, Chemistry, Physiology, and modern Medicine, Upendranath joined the Provincial Medical service in September 1899. For a brief period, he worked as the House Physician in the Ward of the First Physician Sir Gerald Bomford’s. Sir Bomford was highly impressed with young Brahmachari’s urge for carrying out research and his strong sense of duties. Bomford got Brahmachari appointed as Teacher of Physiology and Materia Medica and Physician in Dacca Medical School in November 1901. He spent about four years at Dacca.

In 1905, he was appointed as a teacher in Medicine and Physician at the Campbell Medical School, now renamed as Nil Ratan Sarkar Medical College and Hospital, Calcutta, where he carried out most of his work on Kala-Azar and made his monumental discovery of Urea Stibamine.

Upendra Nath Brahmachari was a leading medical practitioner of India of his time. His monumental discovery of Urea Stibamine, an organic antimonial compound, played a crucial role in the treatment of and campaign against Kala-Azar. His “Treatise on Kala-Azar” is a premier work on the subject. As a teacher and educationist, his work was of a high order. He was associated with almost all the known scientific and literary organizations at Kolkata. He had an insatiable thirst for knowledge. He has large private collection of books, which included not only scientific works but also literary works.

In 1923, he joined as Additional Physician in the Medical College Hospital. He retired from the Government service as a Physician in 1927. After retirement from the Government service Brahmachari joined the Carmichael Medical College as Professor of Tropical Diseases. He also served the National Medical Institute as In-charge of its Tropical Disease Word. He was also the Head of the Department of Biochemistry and Honorary Professor of Biochemistry at the University College of Science, Calcutta.