Dong Nai province-based Lac Hong University’s LH-FF team successfully overcame 31 other competitors to win the champion title at the Vietnam Robocon 2016 which concluded in Ninh Binh province on May 14.

The Lac Hong University’s LH-FF team successfully overcame 31 other competitors to become winner at the Robocon Vietnam 2016 final, which took place in the northern province of Ninh Binh on May 14.

The university had three teams entering the final round. The LH-ACE ranked second while the LH-F team shared the third prize with a team of the Tran Dai Nghia University.

The organsing board also presented several awards for outstanding teams at the final, including prizes for creative team, and eco robot.

The 2016 Robocon Vietnam is the 15th of its kind held so far in Vietnam. The LH-FF team will represent Vietnam at the 2016 Asian-Pacific Robot Contest (ABU Robocon) which is scheduled for August in Thailand.

The 2016 Robocon Vietnam competition themed “Finding Green Energy” was co-organised by the Vietnam Television and the Toyota Vietnam, seeing the competition among 79 teams from 20 universities and colleges nationwide. Thirty two best teams were selected for the final round.

Some photos of the final 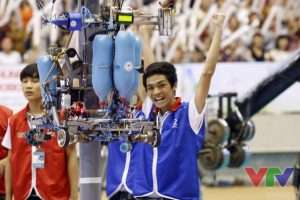 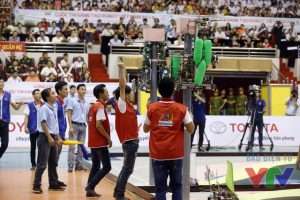 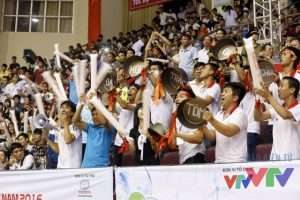 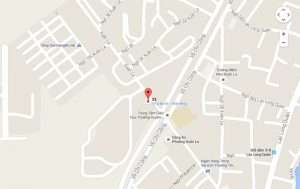 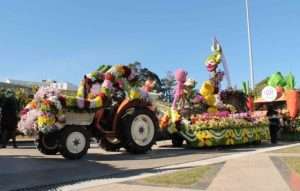 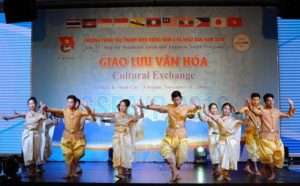 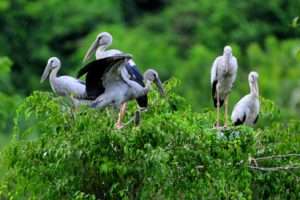 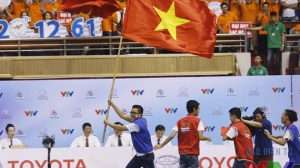 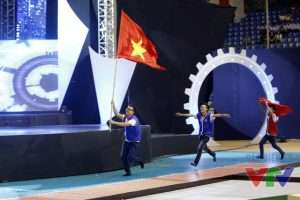 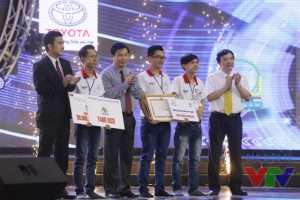 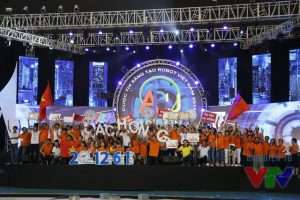