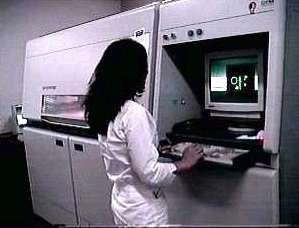 Rapid prototyping is a design process used to create an early working, interactive, and visual model of your martech solution. It consists of many traditional design products (e.g. wireframes), but also some new features that take it from being just a design to an interactive model.

A rapid prototype consists of the following:

The Benefits Of Rapid Prototyping

1. Bring your ideas to life. While screen flows and wireframes allow you to see your martech platform, an interactive rapid prototype allows you to experience it, which not only enables you to clearly present your product’s goals, but allows you to discover and fix usability flaws early on.

2. Showcase your product to key stakeholders. By creating an interactive model of your MarTech solution, you are able to demonstrate your ideas, goals, and vision to all stakeholders — whether that be your in-house marketing team, your investors, or even your clients — and gain early feedback from them, allowing you to make immediate improvements.

3. Set the foundation for development. In software development, there are a number of key crossover moments where things can go wrong, mainly when the project moves from the design team to the development team. However, a lot of the risk can be mitigated if you have a rapid prototype, as this will provide a clear and visual guide for the development team.

A minimum viable product (MVP) is the first working version of your martech solution. An MVP contains the bare minimum set of essential features and functions required to be deployed and released to a group of early adopters —‚ customers or team members who will use your martech platform and provide honest and valuable feedback.

Starting with an MVP, compared to undertaking a large-scale software development project, will answer a number of very important questions and provide a rich learning experience, allowing you to discover more about your true customers, the market you are about to enter, and potential obstacles.

The initial outcomes of the MVP will pave the way for future development and confirm the subsequent steps to take with the project — whether that be to pivot and change direction, or continue ahead. The process of developing an MVP is made up of six main stages, which are applied to each new feature or improvement during the MVP development stage: 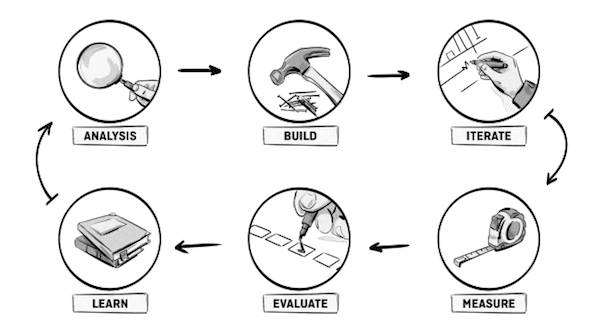 The MVP development process is a continuous loop.

Once the MVP has been built and released, which can take anywhere from 3-4 months depending on the complexities of the project, the next step involves evaluating the feedback from the initial users (either customers or co-workers) and building new features.

By adopting the above approaches, you can achieve regular success, reduce the risk of project failure, and produce a high-quality product.

And there you have it! That’s our hack for building and releasing solutions.